I did a blog years ago. It was appalling. But it had some nuggets buried in there. In May 2012 I recounted a trip we made to an adoption forum readers camp, up on top of a hill somewhere.

We used to go a lot. I think it captures a season we were in some 4 years ago, and about a year before D went to residential school.

The language is raw-I’m not in that habit or place now- but I’m not going to edit anything. I will also say that I’m way more positive and glass half full now. With that in mind, I just want to say I make a comment about “disruption” (without mentioning that word) midway through. To comfort readers, we have endured a form of it (D currently in 52 weeks a year residential school) that came after the below post was first written. We had to, we didn’t fall apart in guilt ridden angst, and I would totally support any ethical adopter who had to take that decision.

(We travelled there) with two arguing children.

I always find the anticipation of the argument is worse than when it begins. One of the children does something that puts in “an advantage” to the other. It need only be something innocuous, but to a child with insecure attachments and ADHD, that thing takes them places. So, one child finds a mouldy banana, or delves into the mountains of crap we have taken and finds the Nintendo DS. And so begins a resource war similar in brutality and length to an African conflict.

As we were waiting at traffic lights, the kids were yelling and attempting to punch each other (with those angry, bite down on the tongue punch faces little kids do), and I’m trying to separate them but can’t because the density of packing in our Peugeot 107 has rendered my arms as useless as the forearms of a T Rex, so all I can do is swivel my head and shout. 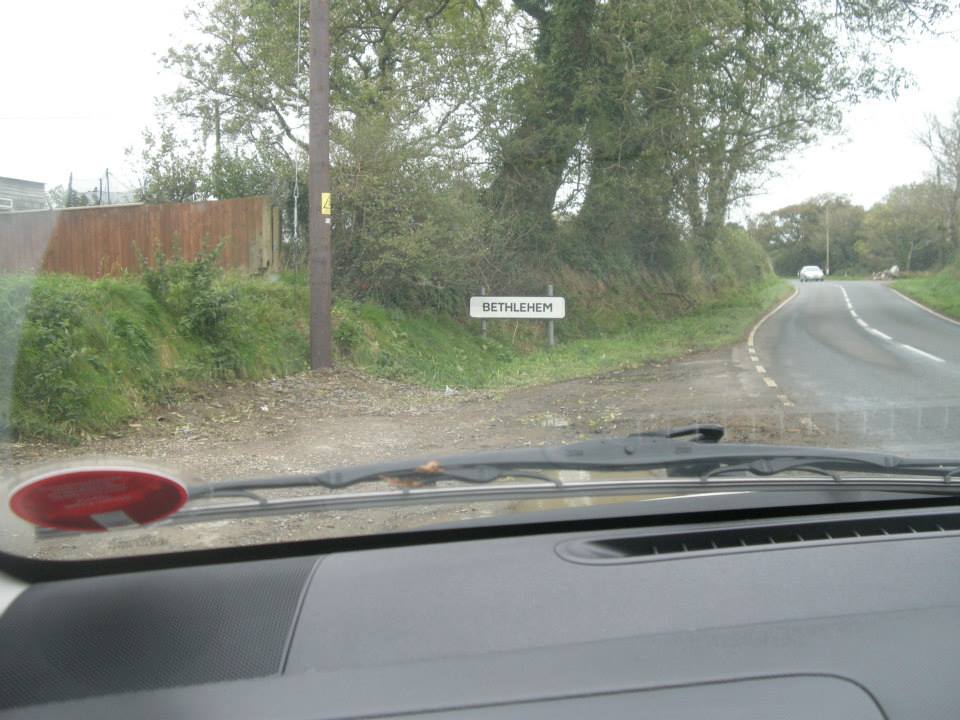 (On arrival) we quickly moved the contents of the car to the tent we had hired, a World War 2 era patrol hogan, and then went over to the firepit which by now was festooned with safari chairs and people drinking wine from mugs.

The camp brings together all the people who post in the forum under pseudonyms (with an optional “reveal your real name” sign up sheet) We spend the time swapping updates on the children and our experiences. The camp works so well, because it is the only place on earth where the kids can play without a constant chaperone, and we don’t have to fear peoples comments or reactions. My kids aren’t even the most funky – although they were once. My kids played nicely, most of the time, and it was somebody else’s child running past naked wearing a traffic cone and smeared in Maltesers.

I looked at the faces and bodies of the adoptive parents. Almost without exception, we are overweight, or with twitches. Those without physical phenomena have worse issues. Some of the men- and it is only the men- can only be heard, but not seen, like poltergeists. Heard shouting at the children in the tents (“Abigail, you’ve just woken the whole campsite!” “Peter- put it dowwwwwwwn! Put it dowwwwwwwwwwnn!”). One bloke I met on the Saturday I thought had just arrived- but he had been lurking in the tent, hiding, since lunchtime Friday. And most of the men who actually emerged from the tents, and were around, didn’t interact with their children. They sat looking out at more than the view, or reading papers. It was the women who engaged with the children.

I found it sobering, because whilst I don’t play with my children much (as in, get on the floor and move cars or dolls around) or invest fully in their waking hours like I should, and I swear I will improve on this, at least I was “there”. In fact M was a little bit under the weather and she sat with me and went into Hereford with me, and it was nice Daddy/ little girl time.

Magazine, the seminal band, sang a song called “About the Weather” which was poignant to this weekend in a number of ways. In the song there is this loaded line; “You dislike the climate but you like the place…I hope you learn to live with what you choose” and for so many of us, that is our adoption story. But for these men, they were trapped. I have felt that trapped- trapped because you want out of the adoption, you want the children to “go back”, and you want what you once had. But you are truly trapped because if the children go back, they are destroyed. You wont be able to live with yourself, at least without a massive alcohol or drug problem, and yet you don’t want to live in the present. So you have a choice to make- stay miserable, irritable and distant, leave your wife with the children, or try and change.

All options are agony and seemingly impossible. And so you sing along with another Magazine song “Look what fear has done to my body” (from “Because You’re Frightened”). Welcome, Tramadol and Citalapram. Welcome massive weight gain. Welcome forced career change. Welcome the slow erosion of sanity and changes.

Now, all of this is solvable. Partly through attendance at this very camp.

People need support. They need understanding. They need fellowship with people who know the score. Hearing their stories you see why most of us were in, or had been in, agony. We have to fight Total War with social care and all local authority bodies…….. 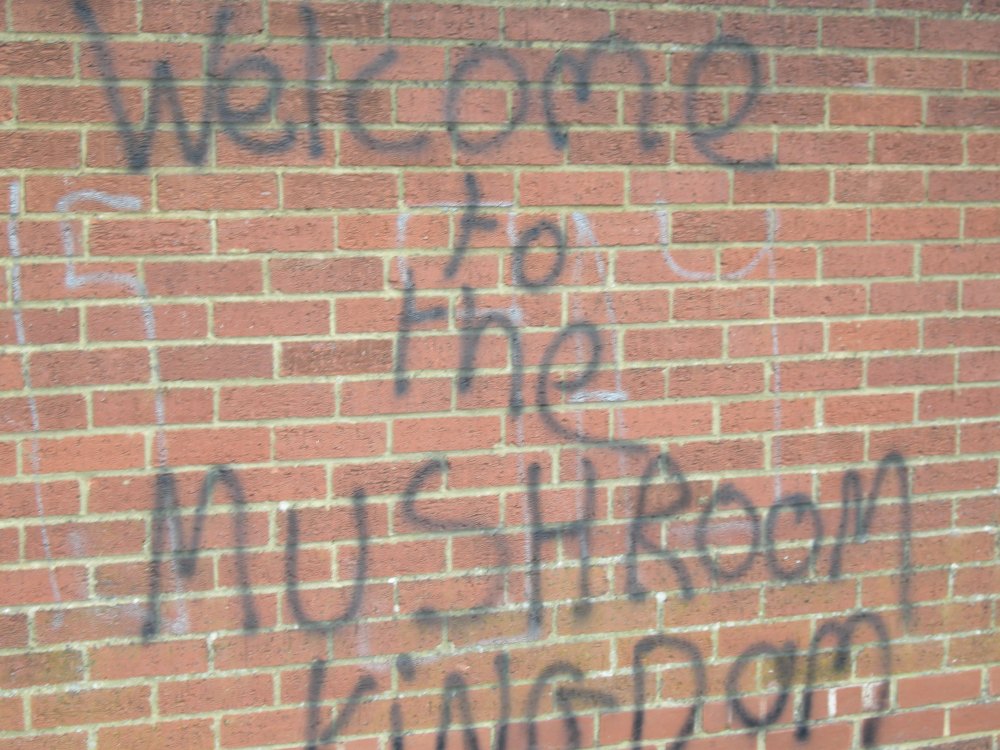 And this lack of help seems so pronounced in the UK. In Europe I’ve heard jaw dropping tales of how the state supports its people. One lady in Switzerland had given birth to a child with a genetic disability. She said that when she came back home from the hospital, a social worker was waiting (note- waiting, physically waiting at the house) with a sheaf of forms and said “I’m going to sort all your help today” and from that day on this family didn’t have to fight for all the operations, input and organisation that was needed for the little one.

I’m sick of hearing about how the UK social care services and education have no money. They do have money. They spend it on reactive services, buildings, and utter bollocks- as well as over paid, fat cat, visionless managerialist losers who run the service from the top. And frankly, if there is no money, pack up and piss off home. Let the army do social care or something. Don’t create some child harvesting, toxic bullshit machine that has enough money to start a process but none to finish it.

The night in the tent was an experience. I’ve slept in survival sleeping bags on the shores of Cumbrian lakes in midwinter, so I know cold- but that night in the patrol tent redefined cold. It started out OK. I like a cool bedroom and a warm bed, I find it aids sleep. I love the elements, especially wind and rain. So at first the wind ripping through the door, and out the other door and rustling the trees was great. I dozed off with it.

But at about 3am the cold woke me. The freeze rising through the ground through the airbed was immense. I didn’t know ground cold would penetrate an airbed like that. I didn’t know there was a point, in this hemisphere, where low temperature could penetrate a thick duvet so completely I might as well have had clingfilm over me. I tossed and turned til 6am and then had to move- or die.

I spent the rest of the day with a low internal core temperature, and no matter what did, I couldn’t warm up. I sat in the car. I drove to Hereford with the heater on. I put my daughter on my knee and tried to absorb her heat like a vampire. I was so cold my intestines felt like coiled ice pops and my teeth felt icy inside my head.

I forgot to mention, a visionary social worker sent a prospective adoptive couple to the camp to see what they could be taking on. What a great idea- so great, in fact, it should be a rite of passage. You wont understand adopters unless you hang with adopters. You could tell they hadn’t taken the plunge, because they were dressed in lovely clothes, and responded quickly to conversation. We adopters tend to marinate answers a long time in memory banks via a series of “is this too scary?” filters when we are asked about experiences.

We came home early, in the last big journey in the 107 because a kind friend has gifted us a massive 7 seater people carrier. Our talk en route home (the children had fallen asleep, thankfully) was on the encouragements and lows of the camp.

I had been encouraged because one of the women running it came up to me and said I looked happy, and I had engaged this year. The last times I had come I hadn’t, because I was so, so unhappy. We saw how our children had grown and were so proud at how well they had played (D even pulled a girlfriend, and spent the day walking around hand in hand with her, grinning). We were just sad that children, some with less issues than ours, had been given diagnoses and medication we so desperately need and as a result the parents were almost back to normal.

There is a journey ahead.

So. About that journey.

Things are still difficult (a whole new menu of difficulty, in fact) but we are no longer traumatised, no longer without hope. We went though a dark couple of years around 2010, and then in emerging from those we went through a “werewolf” stage where under certain conditions we morphed into howling, feral people- and the next morning we looked sane and respectable, and almost couldn’t remember where we had been.

But now we have reached a kind of strange halfway house of acceptance and adaptation versus creative hope. We are still on a steep learning curve. However we have come to realise even the skilled helpers don’t know it all, a lot of well rated institutions may not be that amazing on closer inspection, and although we often get it wrong we have what it takes. Your adoption is your adoption, and even kids with broadly similar conditions and journeys are wired different. Different events, different reactions. Sort of like human Ford Capri’s- every one unique.